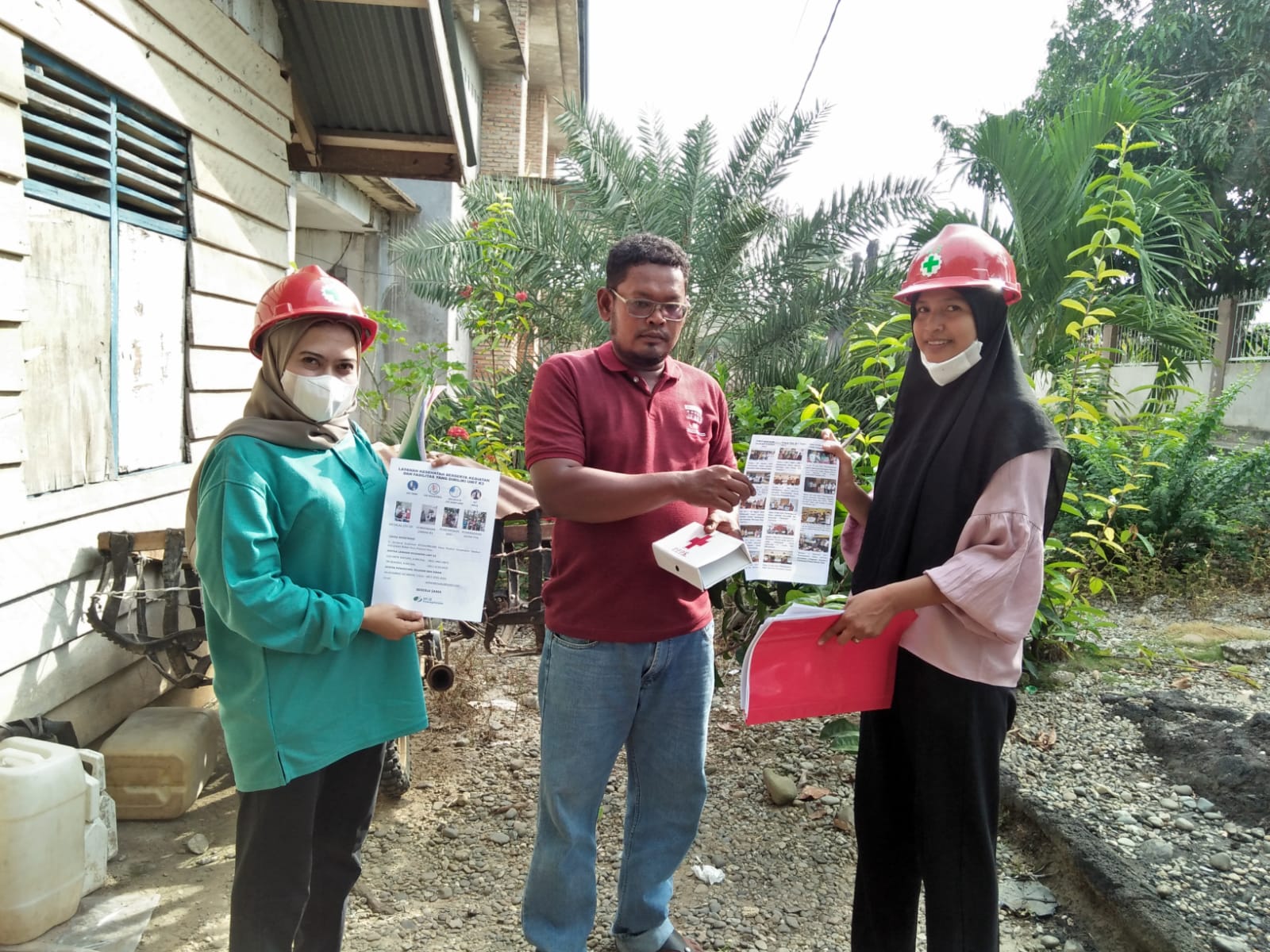 An independent smallholder group located in Riau Province of Indonesia has reached its goal of getting sustainable certification from RSPO. Maintaining such an achievement is another challenge but the group is committed to retaining its attainment for the future of smallholders themselves.

It is the Forum Petani Sawit Swadaya Semarak Mudo (FPSS Semarak Mudo) which aims to keep the RSPO Certification by complying with sustainability standards. The group is located in the Tandun Village, Tandun Sub-district, Rokan Hulu District, Riau Province of Indonesia. It got the certification in July 2021 after a relatively long period of preparation, up to four years.

Zamzami, Group Manager of FPSS Semarak Mudo, said it was WRI Indonesia that introduced RSPO to the smallholders in Tandun Village, where most of them are working as labourers for the nearby state-owned plantation PTPN V and at the same time, they cultivating oil palm in their lands independently.

“In 2017, WRI Indonesia came to the Tandun sub-district, Rokan Hulu. When WRI Indonesia asked us to join the socialization about the RSPO, many farmers were not interested because we did not have any difficulty in selling our harvest. As independent smallholders, we sell Fresh Fruit Bunches through agents (middlemen) who usually sell to palm oil mills owned by PTPN V or other mills in this area.”

Some independent smallholders then started to attend a series of training and later agreed to undergo the RSPO certification process.  “At that time there were 600 members with a total area of around ​​620 hectares.”

Zamzami recalled that the size of the area for certification could be larger, but when the group conducted the Land Use Change Analysis, some plantations were, turned out, located in the forest area and must be excluded from the certification process. “All farmers could still participate in the training, though.”

“Finally, Semarak Mudo received the RSPO certification in 2021, four years since the sustainable concept was introduced to us.” He admitted that the RSPO Independent Smallholder Standard is a set of stringent standards for sustainable palm oil production, which the independent smallholders must comply with if they want to get certified.

“It surely was challenging in the beginning as most smallholders were less ready to convert to different cultivation systems, and also habit, and then adhere to the new practices. But thanks to the trainers of WRI Indonesia, our group members tried their best so they could meet all requirements.”

The group members, he said, have applied better practices such as protecting high conservation areas in riverbanks and wearing Personal Protection Equipment (PPE) for their safety. He added that the quantity and quality of the harvests have also been better.

But now, there’s another challenge, he revealed. “The assistance from WRI will end this year but we still need assistance from external parties to strengthen the organization, the capabilities, and skills of the group and to provide the technical and knowledge support for smallholders to engage in sustainable cultivation and other related things.”

He added that the ICS staff and other personnel at the association were still inexperienced and still need professional assistance, especially the group also plans to add more farmers to join the Association.

“Currently, there are about 50 new members with an additional area of ​​150 hectares. Our capacity is still limited to train new members to meet all requirements. Not to mention the mapping of the newly joined plantations under the requirements set by the RSPO,” he reiterated.

Zamzami said he is optimistic the group will somehow continue to get support from external parties.  “Sustainability has been something very complicated to achieve for the smallholders, but we need to maintain the RSPO Certification because it guarantees our future as oil palm farmers.”

Independent smallholders grouped in Forum Petani Sawit Swadaya Semarak Mudo in Riau of Indonesia have proved that they are capable of applying sustainable practices. However, the group is relatively inexperienced and still need assistance in strengthening the capacity of the Internal Control System which is needed when they want to retain its RSPO certificate.

You can support the independent smallholders to make palm oil truly sustainable by purchasing the RSPO Smallholders Credits.

Number of smallholders benefitting from this project
294

We are currently working closely with RSPO Certified Independent Smallholders across provinces in Indonesia to provide a subset of trainings to improve their livelihoods while their certification is maintained.

More than 5,860 farmers who have implemented Good Agricultural Practices (GAP) and good governance in their groups are seeking your commitment to buy their RSPO Credits through the PalmTrace platforms. Purchasing RSPO Credits supports smallholders in addressing environmental and social issues. 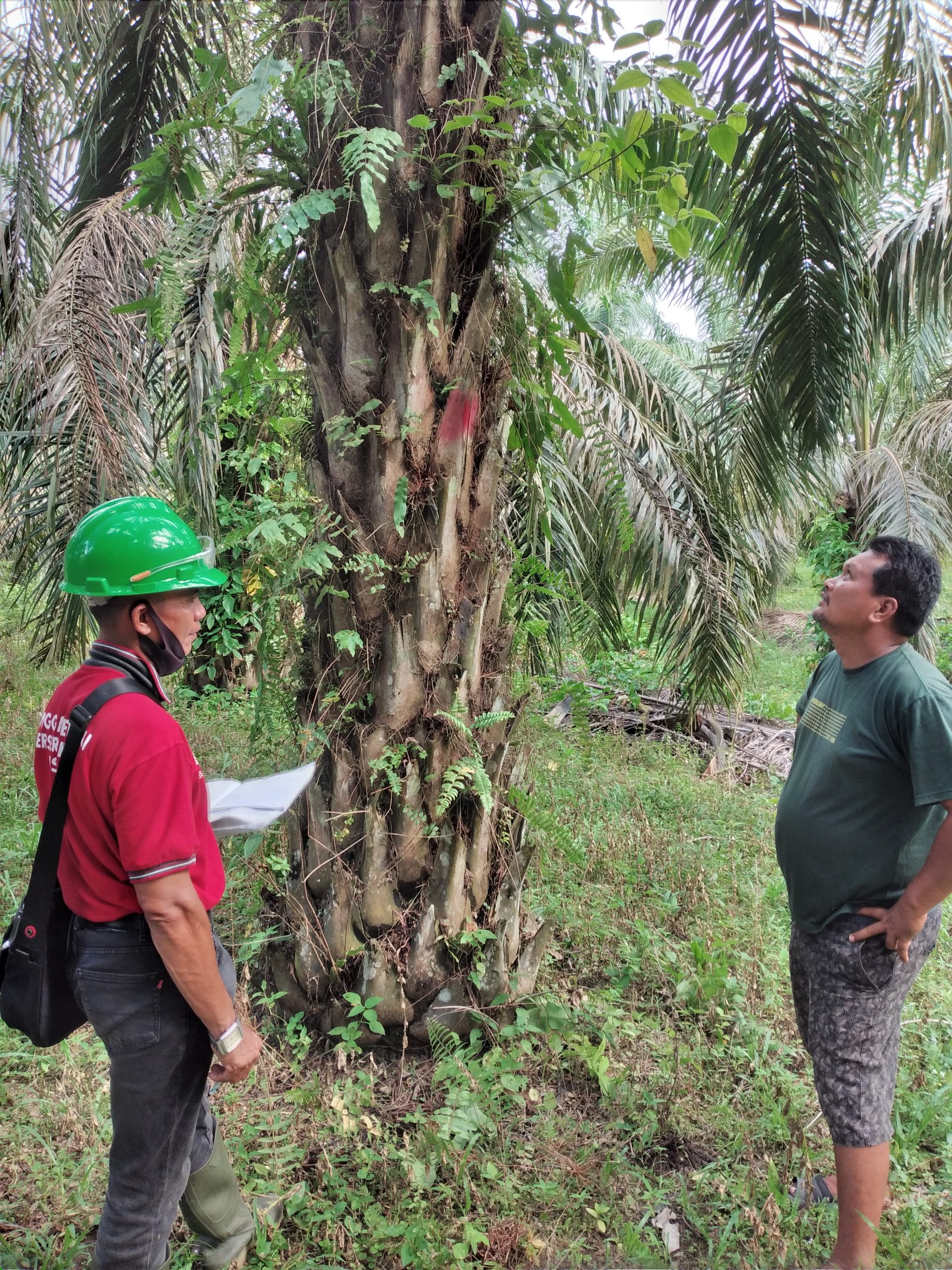