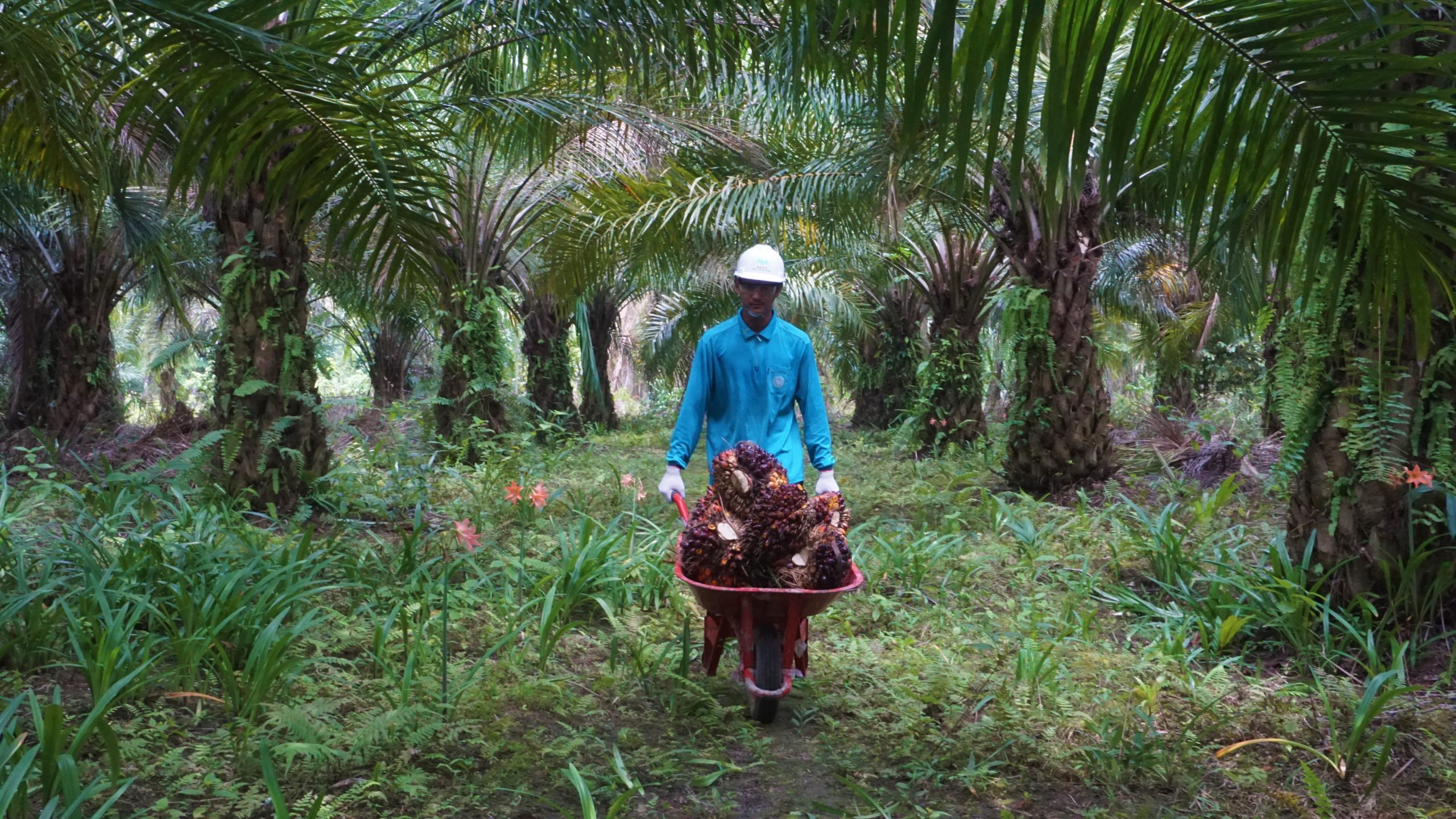 Membership of farmers Association in North Sumatra, U.D.Lestari has grown astronomically by 900 per cent in 5 years since it was established, thanks to benefits its farmers received from selling its RSPO credits. However, the group manager is cautious the growth of membership is unsustainable because there is no guarantee of buyers for its RSPO credits.

U.D. Lestari obtained its RSPO certificate in 2017 with only 63 farmers and 270 hectares, then by September 2021, the last year of its first five-year RSPO certificate, its members grew to 980 members with over 1,200 hectares. This year, the group is subject to surveillance audit by the Certification Body and the group manager had to close the registration of new members because it received too many applications.

“Our target by September 2021 is to get 980 farmers but long before the deadline, we hit that target. Our Internal Control System could not cope with so many members who live quite far from each other. Previously ICS only control 3 villages, now 7 villages and the distance from one village to another village is quite far,” Jumadi, group manager of U.D. Lestari explained.

By having more members, he added, the RSPO credits will also increase. “When there is a guarantee that we can sell the RSPO Credits and we can sell it on time, it would be fine having more members. So far, we have always delivered our commitment to members. We promised to share the proceed from the RSPO credit sale and we did it. If we cannot deliver that, it will put us in a difficult position,” Jumadi said.

U.D. Lestari is a local trading business that owns a loading ramp that has been buying fresh fruits bunches from the local independent farmer and agents and supplying to state-owned mill PTPN-III for years. In 2011, the mill approached the owner of a trading company, Haji Girun, about RSPO certification and the benefits it will get if it becomes RSPO certified. However, training for its farmers only started in 2016, when Unilever – the buyers of products from PTPN-III – funded the training, the audit cost and become a guaranteed buyer of its RSPO credit.

The owner of the trading company, according to Jumaidi, sees the benefit of sustainable practices and decides to encourage farmers on his books to obtain RSPO certification by creating a unit specifically for that. However, in the first year, this trading company can only convince 63 farmers despite having about 1,000 farmers in his book.

The owner of U.D. Lestari, Haji Girun, then formed Internal Control System by choosing some committed farmers who then undergo a series of training from the facilitator and then train other members. Jumadi is the group manager of ICS.

Looking back, Jumadi remembers how difficult to convince farmers about the benefit of obtaining RSPO certification. “They cannot see the tangible benefit straight away. There was little knowledge of sustainable oil palm practices, on RSPO, and the subsequent benefits of certification amongst the local independent smallholder groups.”

“On top of that, farmers are worried when the ICS asks them to provide copies of ID cards, land certificates as a requirement to become members. They are afraid that the trading company will use these copies of the land certificate as collateral to the bank.”

The group only started to receive new members in the third year after the ICS conducted series of socialization to farmers in several villages in the Batubara district of North Sumatra province. New farmers can see the benefit received by old members including complimentary GAP training, access to legal aid to improve the legality of their land, and benefits from donation and sale of RSPOCredits.

Furthermore, Jumadi explained, the group put aside some funds from the proceed of the sale of RSPO credits to give incentives to new members. “We give 50 thousand rupiah (~ USD 3.50) upon completion of all requirements to become members. That money goes to making copies of all documents. It is not much but it helps”.

Farmers have been enjoying improvement in yields by implementing the best management practices in the smallholdings. “Now farmers understand the importance of safety and the group already has a temporary storage to collect pesticide or insecticide containers,” Jumaidi added.

After managing the group for more than 5 years, Jumadi agreed to help another farmer group in the neighbouring district, Labuhan Batu Induk, North Sumatra to embark on a journey to obtain an RSPO certificate. “I want other farmers also to enjoy what we have been enjoying for the last few years”.

Number of smallholders benefitting from this project
980

The group members are in the last year of their first RSPO certificate and the number of members is growing rapidly. The Internal Control System needs strengthening and they need assistance from the third party to strengthen their capacity to get their second cycle of five-year ISH RSPO certificate next year. This effort should be appreciated by the downstream players such as Consumer Good Manufacturers or retailers.

U.D. Lestari now actively play a role in training and getting more smallholders in Indonesia to apply sustainable practices and they need your support to do it. You can participate to get the oil palm growers to stay on the path of sustainability by purchasing their RSPO Smallholder Credit. 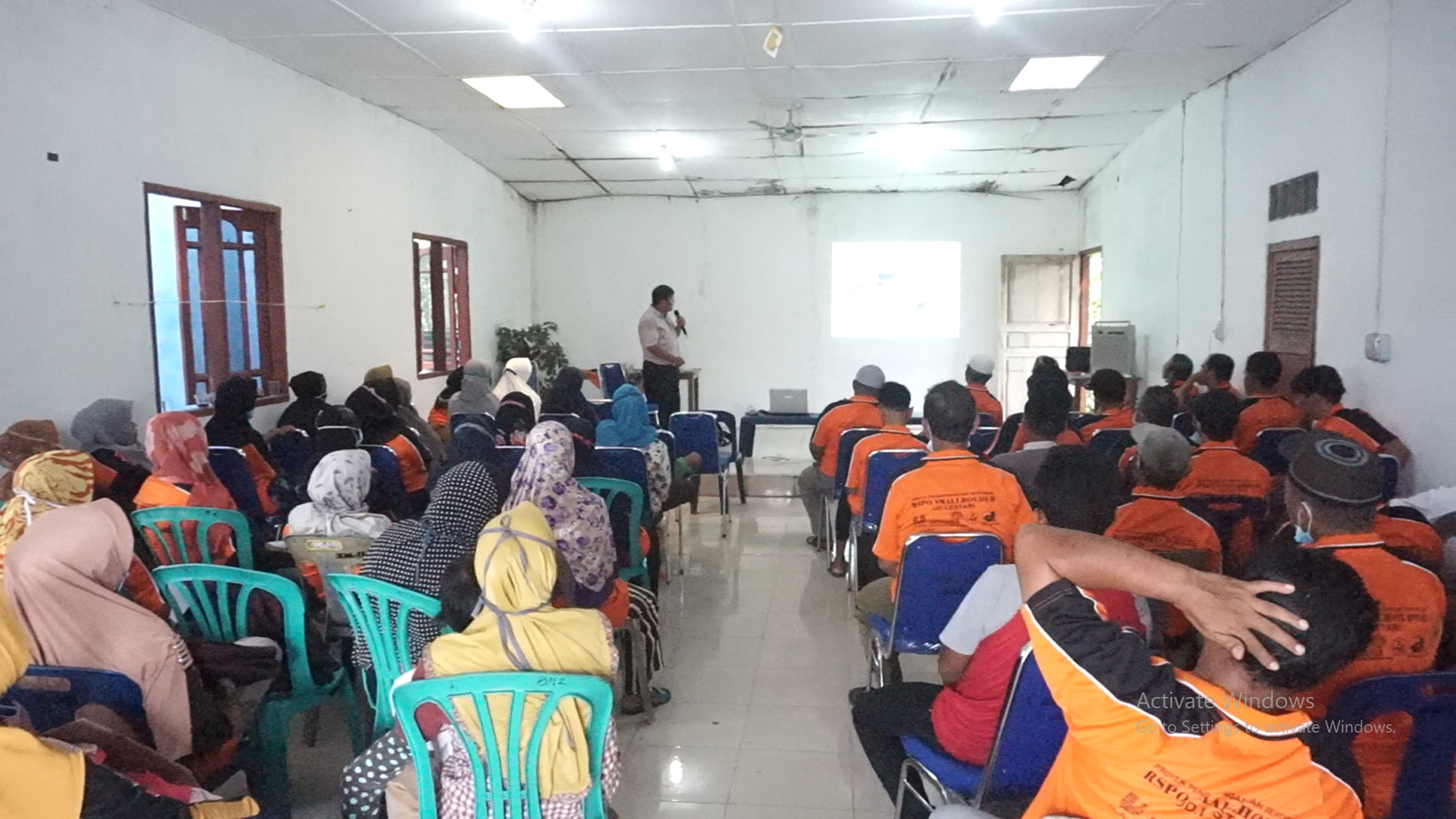 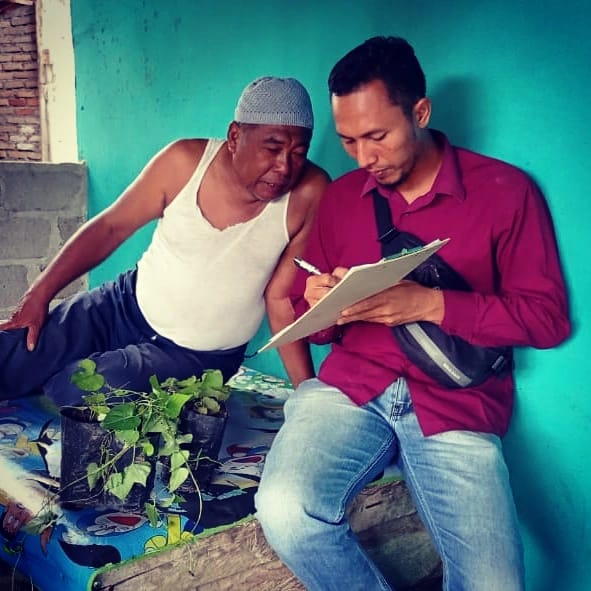