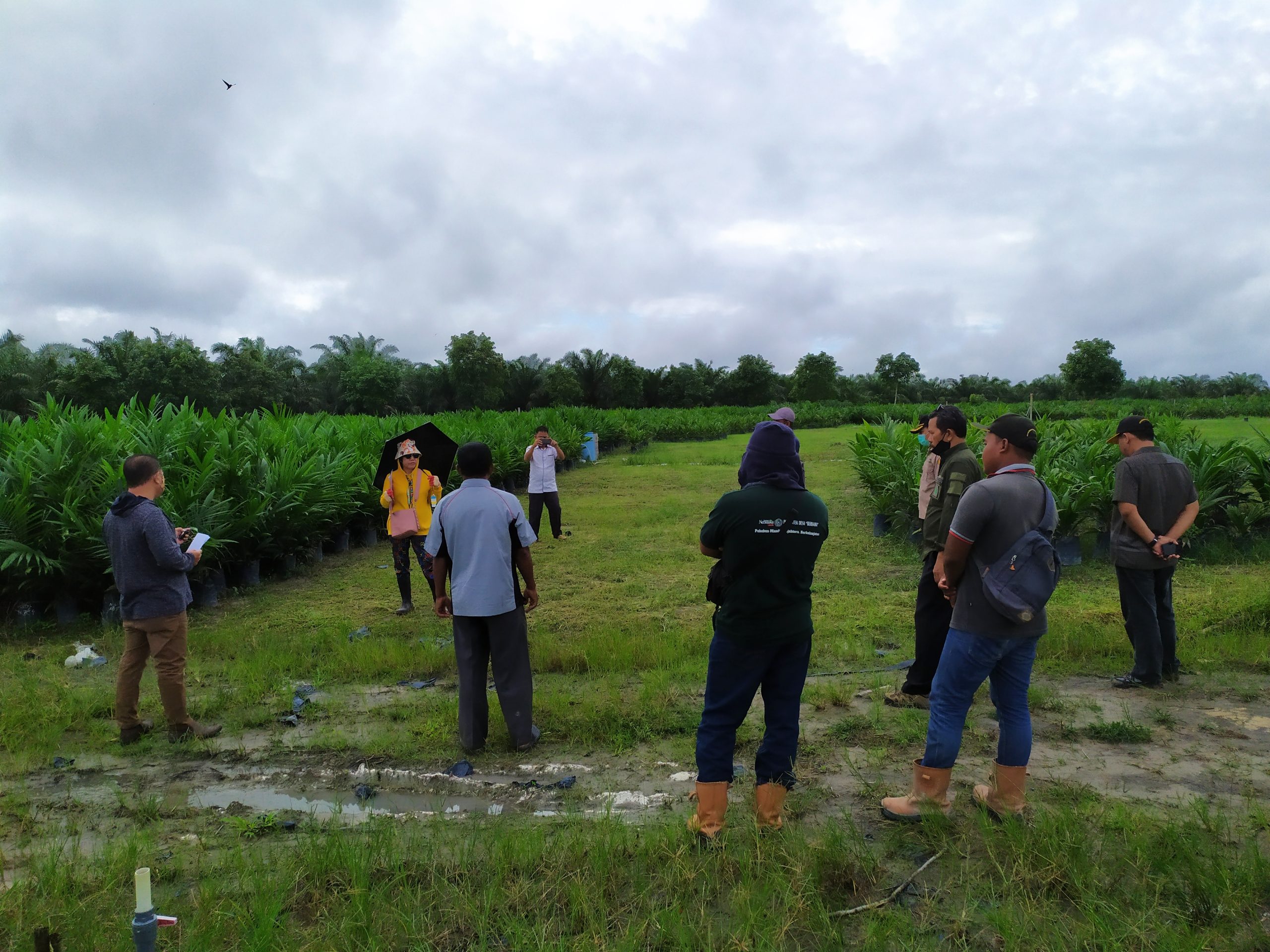 Smallholder group committed to keeping sustainable practices even if no support

The farmer group association in a village in Central Kalimantan of Indonesia braces itself to go for the second surveillance audit this year despite various challenges including uncertainty whether the group can continue to get support from the external party.

The group is called Pos Pelayanan Teknologi Tepat Guna (Posyantek) Desa Bersama, and located in the Village of Pangkalan Dewa, Pangkalan Lada Sub-district, Kotawaringin Barat District, Central Kalimantan Province, Indonesia. It got the RSPO Certification in 2019, more than a decade after they first heard about the RSPO from one plantation company in the neighborhood.

“In 2005-2006, a company that is part of United Plantation introduced us to RSPO standards. The company is RSPO certified and its plantation is located next to our village. I guess they are interested in helping us to get RSPO certification,” Group Manager Jaka Suherman said and added that farmers had never really understood the concept until Inobu came to the village in 2017 and provided best management practices training.

He said that Posyantek Desa Bersama was even ready and certain to undergo the annual surveillance audit should there be no particular assistance from any external party. “Assistance for surveillance is not our biggest issue. The biggest actual challenge is how to convince farmers that the RSPO Certification will keep bringing more benefits to them. Some farmers do not understand why they need to follow the Principles and Criteria in the sustainability concept set by the RSPO,” he explained.

Fortunately, he mentioned, most members of the group could be convinced that palm oil is an important product across the globe and, therefore, must be cultivated and produced sustainably.

“We have to always talk to the smallholders, reminding them it’s a fact that the derivative products of oil palm are used widely and that so many products in the world contain palm oil. That’s why most buyers in the international market are concerned about how the growers produce them. Do we grow and produce them according to the high environmental and social standards?”

Jaka Suherman added that members of Posyantek Desa Bersama now have a much better technical knowledge of oil palm production; even it may be the basic one. “But the important thing is that their responsibility has increased due to higher environmental awareness. The farmers involved in the sustainable certification process have become relatively confident of their success and transmit it to other growers.”

He recalled the period when palm oil began in the village in the late 1990s. “The Pangkalan Dewa Village was slated as a resettlement area for migrants from Java and Madura islands. They came in the 1980s and initially cultivated cash crops and coffee. The area was quite remote and quiet back then, but has now been developed thanks to palm oil cultivation and production.”

It was PT Astra Agro Lestari and a Medco-affiliated firm that firstly opened oil palm plantations in the 1990s, allowing many villagers to work there, he continued.

“The livelihood in the village has since turned to palm oil as many farmers have tried to grow the commodity in their land. Presently, almost everyone living in Pangkalan Dewa is dealing with palm oil. That’s why sustainable certification is the key to enabling growers to produce palm oil in a good way to protect the environment and avoid deforestation. The smallholders will, in turn, get guaranteed land legality.”

“The farmers now pay more attention to many things. For example, in fertilization, they measure the dose, distance and use schedule. The harvests have since been much better,” he said, adding that the RSPO Certification has also provided better incomes for the independent smallholders.

Jaka revealed that Posyantek Desa Bersama, which aims to operate as a village community empowerment agent and to increase prosperity among the local farmers, now targets to have more members and certify more plantations after the lingering coronavirus pandemic affected the organization.

Number of smallholders benefitting from this project
204

Independent smallholders in Pangkalan Dewa Village, Pangkalan Lada, Kotawaringin Barat, Central Kalimantan of Indonesia have set diverse measures to get actively involved in the sustainable production of oil palm by referring to stringent standards. These efforts involving small-scale farmers and other stakeholders along the supply chain should be taken into consideration by the downstream players, especially consumer goods manufacturers and retailers wanting to source sustainable palm oil for their products.

You can participate to support the farmers in playing a significant role in the global palm oil supply chain by purchasing the RSPO Smallholder Credits. 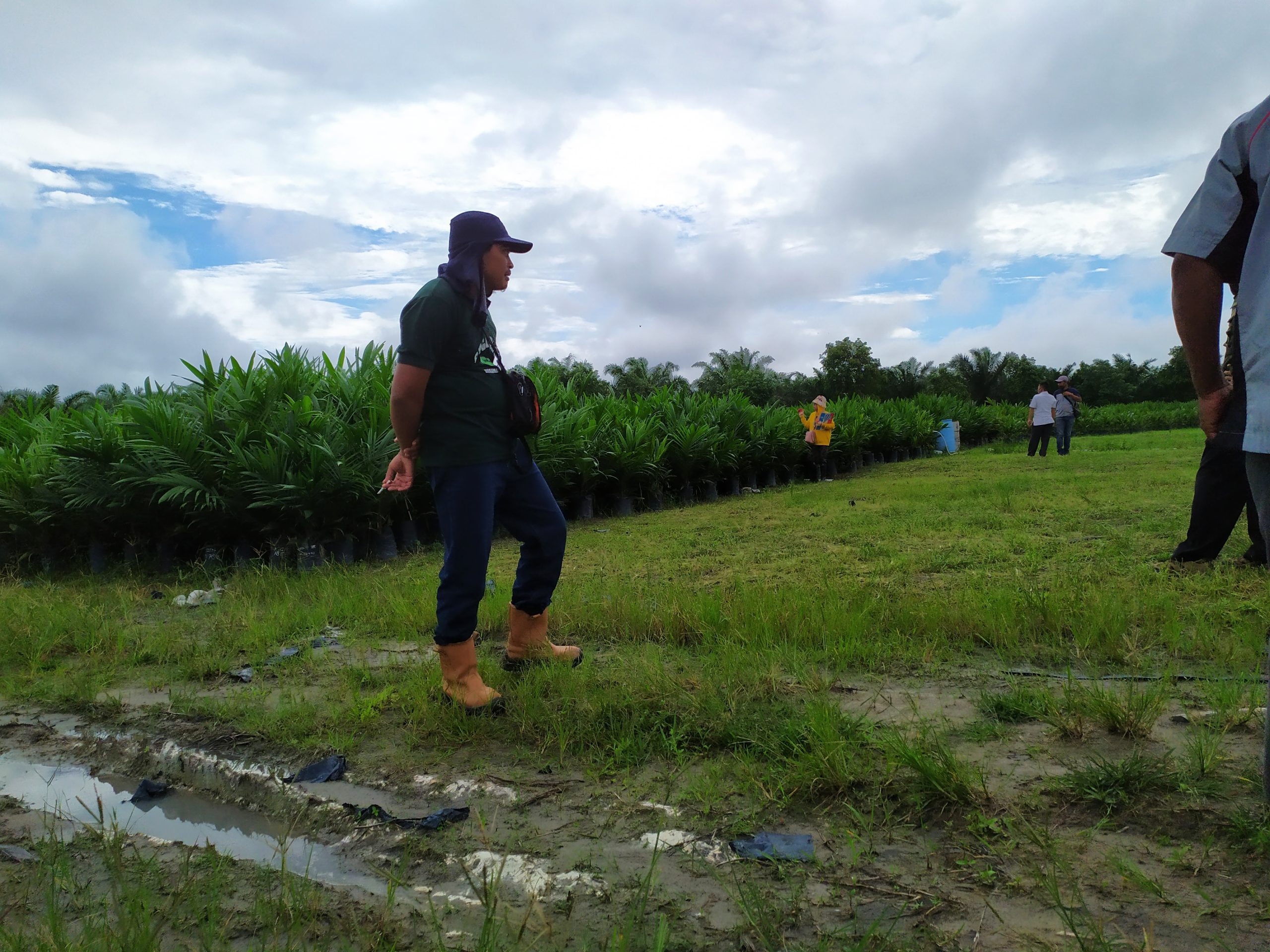