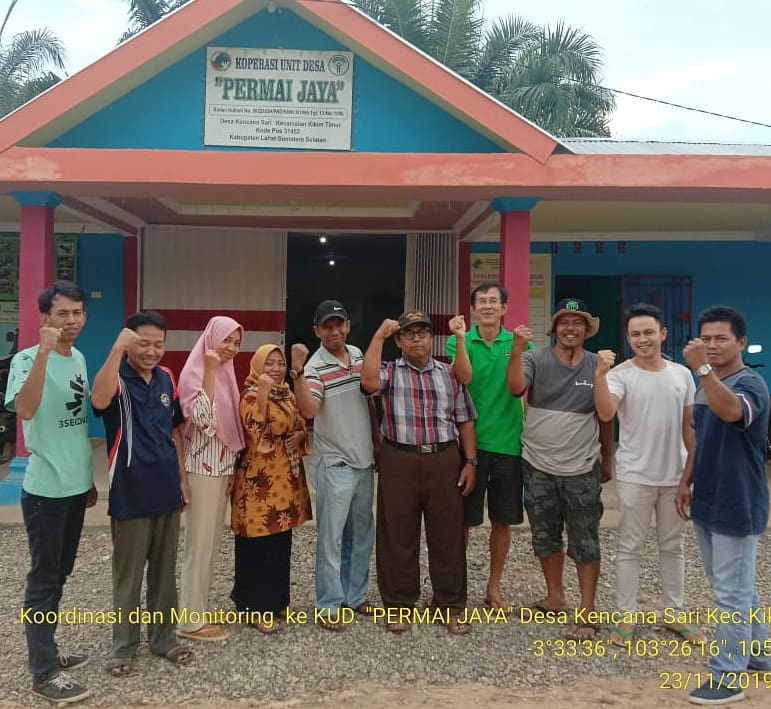 A smallholder cooperative in Lahat, southern Sumatra of Indonesia has proven that it can become an important contributor to the improvement of the socio-economic condition in the area that allows the cultivation of oil palm. The farmers also want the wider community to experience  better conditions, especially after they carried out sustainable practices.

The KUD Permai Jaya cooperative, located in Kencana Sari Village, Kikim Timur Sub-district, Lahat District, South Sumatra Province of Indonesia, has applied good agricultural practices since obtaining RSPO Certification in 2018. There are 125 palm oil growers in the cooperative participating in the RSPO; acknowledging that the certification has brought positive changes to their livelihoods.

Trio Saputro, Head of the RSPO Division of the Cooperative, said that farmers who get involved in sustainable practices have had the chance to improve their economic situation. “We want to show that a village that accommodates palm oil to grow and produce, particularly after joining RSPO, should be prosperous.”

He said it was a tough period for the Cooperative when the farmers paid little attention to the efforts to socialise sustainable practices. “It was challenging when we asked the members to join the RSPO. At first, it was very difficult for members to believe and do things related to the RSPO P&C, but we kept on trying to explain. Some members then voluntarily agreed to participate. After we shared transparently that they would get the premium benefits, they became very supportive and more enthusiastic.”

He added after following a series of training, prepared by PT London Sumatra, the farmers began adopting new methods in their plantations and recognised later on that they could spend fewer maintenance costs. The farmers said they saw increased yields, while being able to preserve the environment at the same time.

When the cooperative became certified, it joined the Indonesia Sustainable Palm Oil Independent Smallholders Forum and according to Saputro, the cooperative received assistance to negotiate with buyers of its RSPO credits. “The sales, partly supported by FORTASBI, are getting better. Furthermore, the Cooperative and the members get decent premium values. The condition enables the Cooperative to grow, which allows prosperity improvement for the members.”

After seeing better productivity, the smallholders are determined to bring positive impacts to the community in the village, he reiterated, adding it is now the fourth year or third surveillance for the Cooperative since joining the RSPO.

“On behalf of the Cooperative, the farmers have taken part in several activities to improve community welfare in the village. For instance, we supported the annual program of rural road rehabilitation. Some parts of the road were muddy especially in the rainy season; it was very hard for cars and even motorbikes to get through. We repaired the road and made ditches so that it can function normally. Other social activities include humanitarian assistance for disaster-affected people in neighbouring areas and other places nationwide.”

Saputro continued the Permai Jaya Cooperative and also prepared an employment plan, providing many job openings for the local community. Many people have worked in the fertiliser supply chain and there’s been a warehouse construction that hires many people, he added.

By next year, he said, the Cooperative targets to have more members. “Now we are maintaining our performance. Transparency and honesty to our members are a priority, so the trust we have will always stay. That’s how we keep the spirit and cohesiveness among the members.”

“We are also preparing a replanting period. We plan to apply for a funding scheme to the Indonesian Oil Palm Plantations Fund Management Agency (​BPDPKS). For the time being, we are developing business and employment opportunities in aquaculture and old oil well projects to face the rejuvenation plan.”

There are several old oil wells in the village that can still be exploited. The Cooperative expects to collaborate with oil companies in the planned project. Meanwhile, the fishery is another prospective opportunity in the area.

He said the Cooperative and the members are grateful that they have been supported and trained by PT London Sumatra to join RSPO. “We can now say that sustainable palm oil production following the standards set by the RSPO is a good thing, and the growers have a key role in good and responsible agricultural methods. Besides, oil palm cultivation with no negative impact on social and ecological aspects has provided better livelihoods to the smallholders and welfare to the community.”

Number of smallholders benefitting from this project
125

The group members are making an effort to save for replanting as well as exploring alternative livelihoods during replanting season when farmers will not be able to earn income from oil palm for three to four years. This effort should be taken into consideration by downstream players such as Consumers Goods Manufacturers or retailers.

You can help give us support in the sustainable supply chain by purchasing RSPO Smallholders Credits. 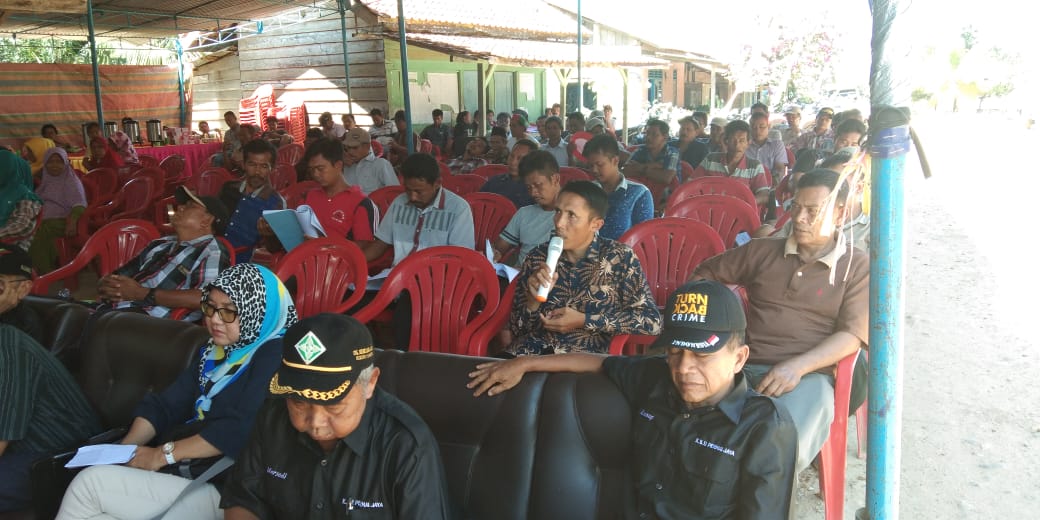 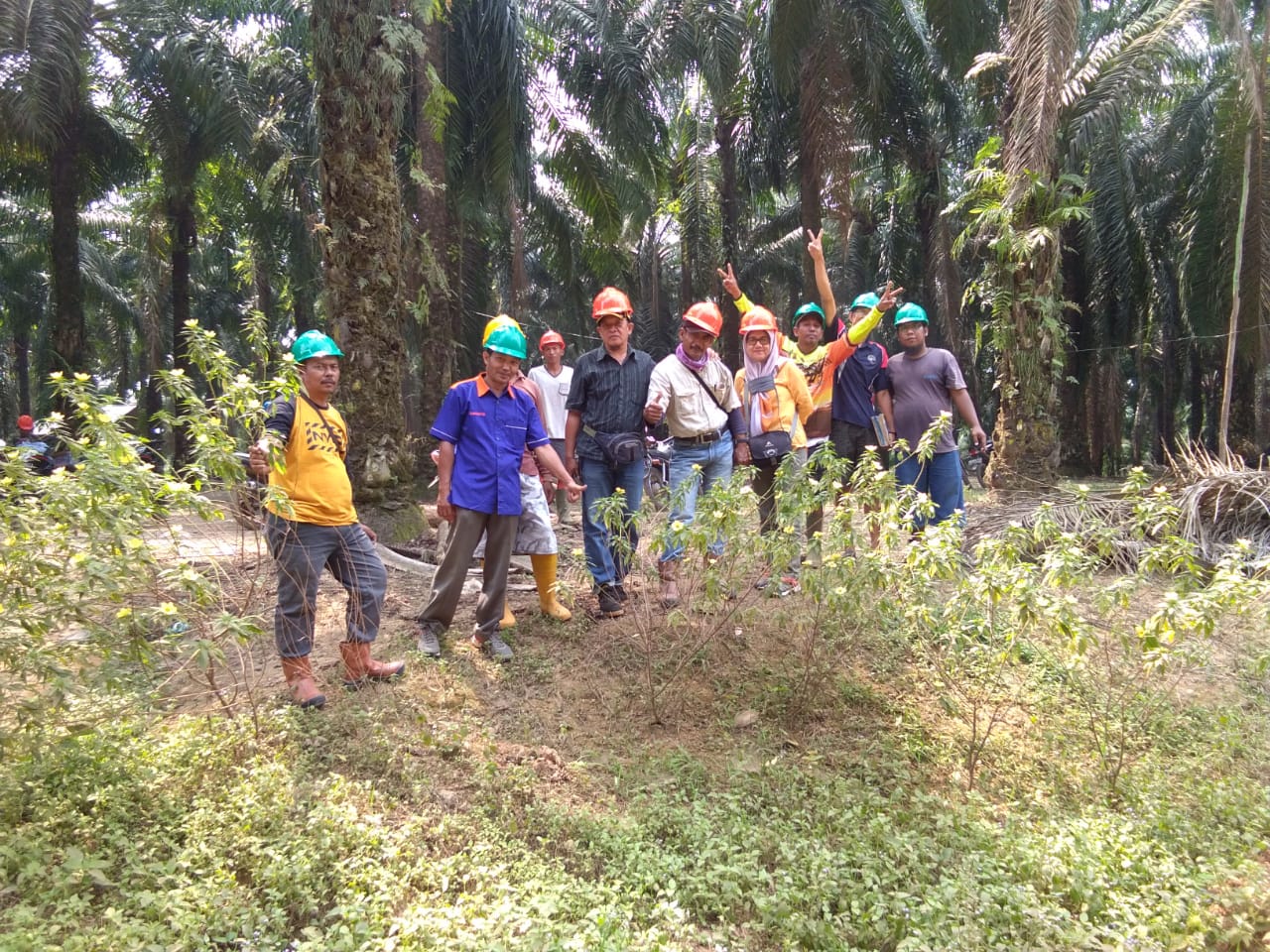