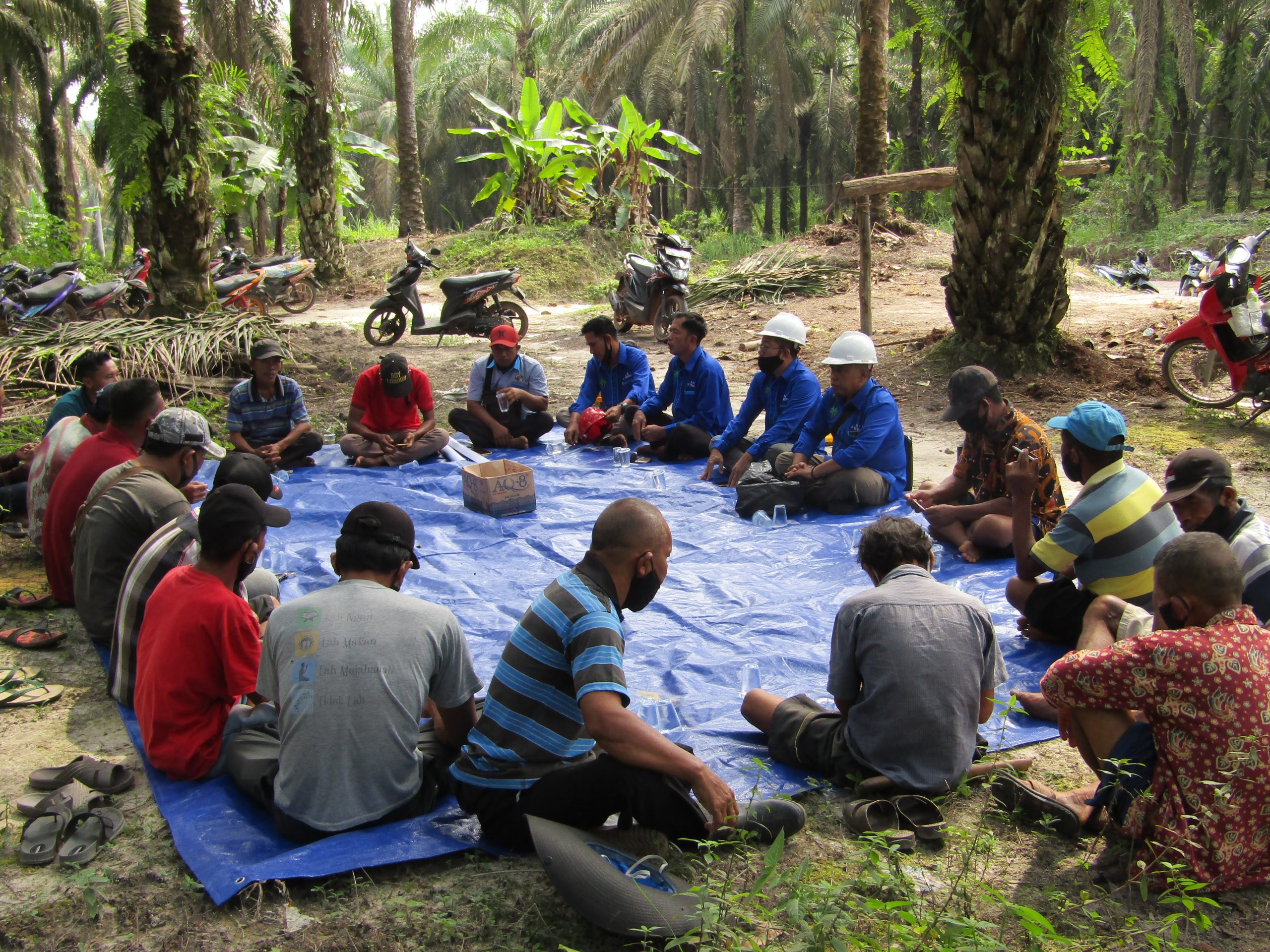 Smallholders committed to sustainability for the next generation

June 4, 2021 – A smallholder cooperative in the Jambi Province of Indonesia has supported its members in improving their productivity and earnings, thanks to the comprehensive sustainability certifications it has gained. Through their commitment to comply with the environmental, social, and legal standards, the farmers of the cooperative want to make oil palm cultivation a viable opportunity for the next generation.

The cooperative, called KUD Makarti, is located in the Sidomukti Village, Sungai Gelam Sub-district, Muaro Jambi District, in the Jambi province of Sumatra Island in Indonesia. Established in 2013, it facilitates palm oil growers and has left considerable traces by gaining important certifications in sustainable practices from two leading bodies in the world: the ISCC and RSPO. Getting the third certification from the Indonesian Sustainable Palm Oil (ISPO) is on target in the near future.

Sufyan Sahuri, Group Manager of Makarti said that the Cooperative obtained the International Sustainability and Carbon Certification (ISCC) Certification in 2018. “It was the world’s first ISCC Certification for Independent Smallholders,” he said. The ISCC is a globally applicable certification system that covers entire supply chains. Its concept enables smallholders to access the international market for fully traceable and deforestation-free palm oil at a competitive price.

He added that socialisation in sustainable practices was started by the Dutch non-governmental organization SNV which later assisted the Cooperative with a series of trainings. “We were also supported by the Indonesian Sustainable Palm Oil Farmers Forum (FORTASBI). We then got the RSPO Certification in 2020.”

Before being granted the certifications, he said, farmers had basic knowledge in environmental and social issues, the major aspects in sustainable practices for palm oil cultivation. But, he said, the smallholders successfully converted to new mindsets and methods in working in the plantations.

“Before the RSPO, farmers only did the traditional treatments in the plantations, but they could shift to the new methods after the training. They now understand how to deal with weeds; that pest control has to be done carefully so it doesn’t damage the crops. They also know the correct way of fertilising, that it should follow the weather pattern with particular dosages. The pesticide must also be reduced as it contains toxic substances that can damage the environment.”

He said at first it was very difficult to encourage the farmers to change. “For example, they used to use a chemical substance which gives instant results in a day, while the new method may take a week to see the effect. This new systemic way takes time, but it works. Even until now, some farmers who are not RSPO members are still using the old method.”

“Makarti Cooperative is committed to sustainable practices. The achievement we have is the evidence that the members are not only good at vision but also actions in environmental and social aspects. We want to stick with sustainability as we want to provide an enabling livelihood for our children, the future lineage.”

By next year, the Cooperative expects to get more farmers joining the RSPO, and also to contribute something for community development in the village, Sufyan said. He added that for a long-term target, Makarti plans to develop a business programme, or  micro, small, and medium enterprises (MSME) programmes.

“MSME is an important subject as we want to generate business opportunities in line with the replanting plan in about five years so that farmers in need will get alternative livelihoods or other incomes during the oil palm rejuvenation period,” he said. It takes about three to four years before the oil palm can bear fruits and making sure farmers have another alternative source of livelihood during that period is key. Replanting is also an essential program; an effort to make palm oil stays viable for the next generation, he reiterated.

Sufyan expressed gratitude to SNV and RSPO that Makarti can meet all the requirements and standards until its second year now. “We are grateful for the programme, and hope that the RSPO P&C can be adapted and incorporated following the cultural background in each location or country because we have to maintain the traditions and local wisdom in every place.”

Number of smallholders benefitting from this project
179

The group members are in the second year of being RSPO Certified, they are still in the process of running the ICS. They need assistance from a third party to strengthen their capacity to retain their ISH RSPO certification in the next few years so it will attract more farmers to adopt the same standards. This effort should be appreciated by the downstream players such as Consumer Good Manufacturers or retailers.

Please give us support in the sustainable supply chain by purchasing RSPO Smallholders Credits. There will be more attention to show other oil palm farmers in the area to apply best management practices that protect the environment. 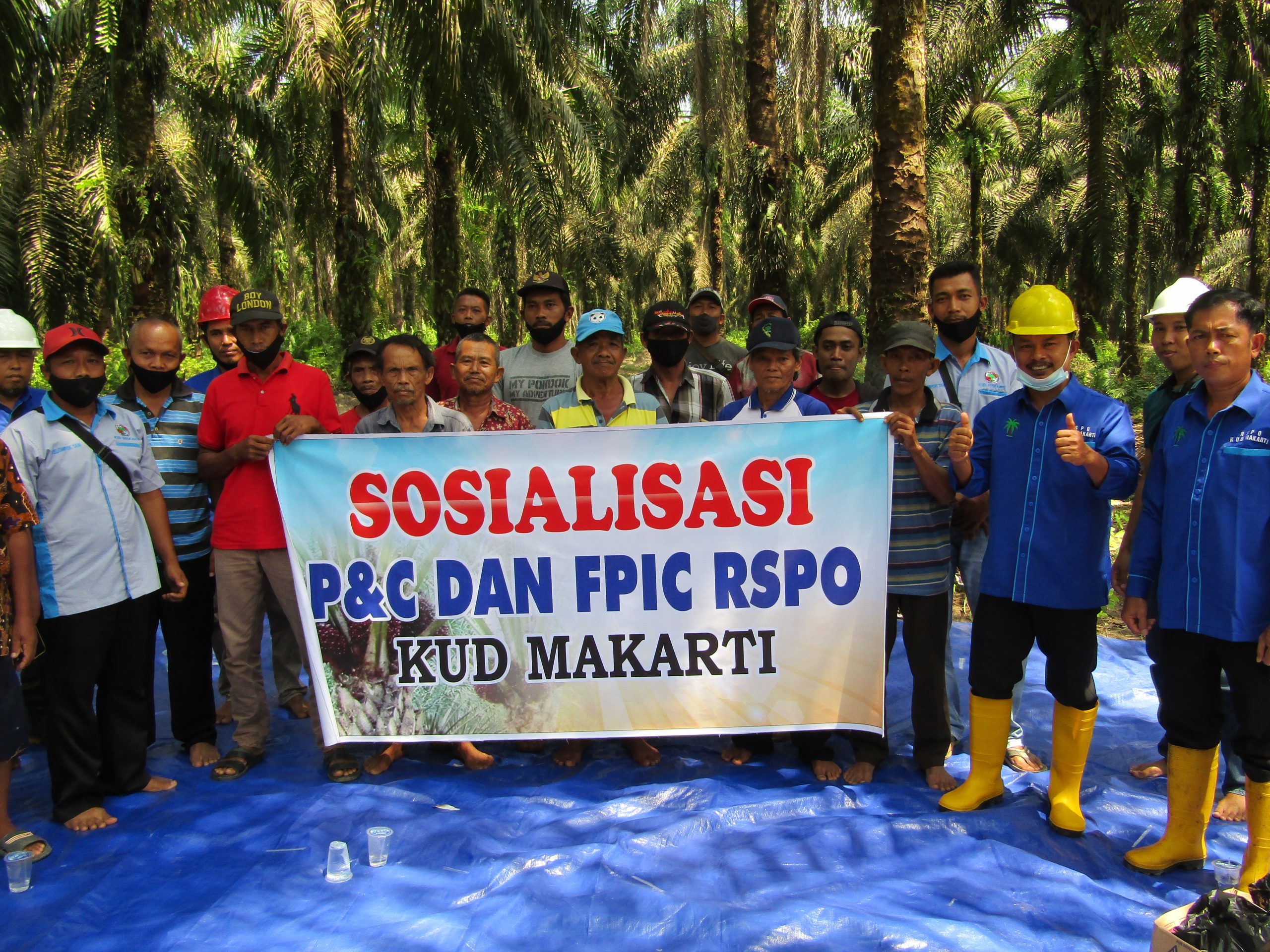 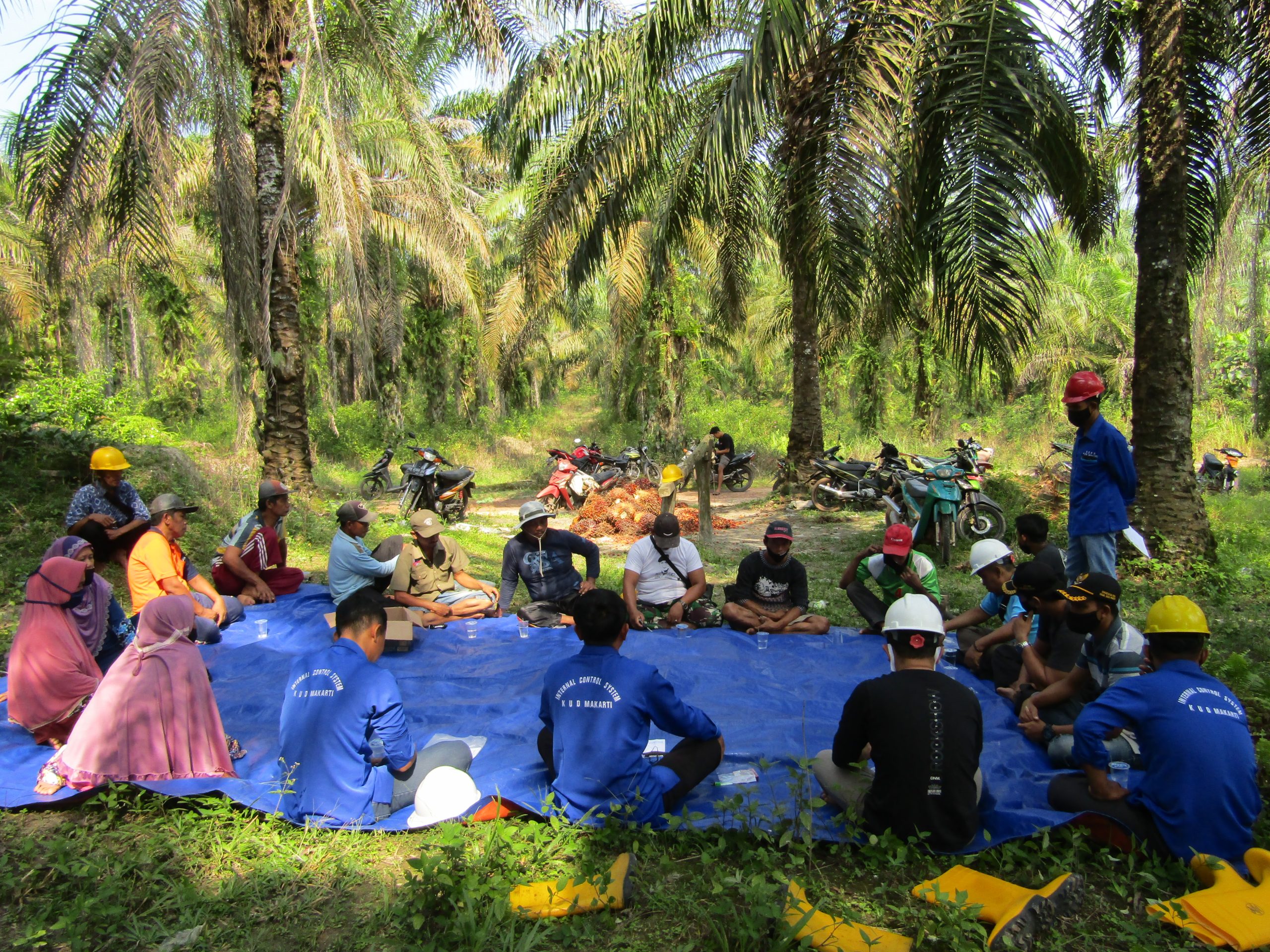