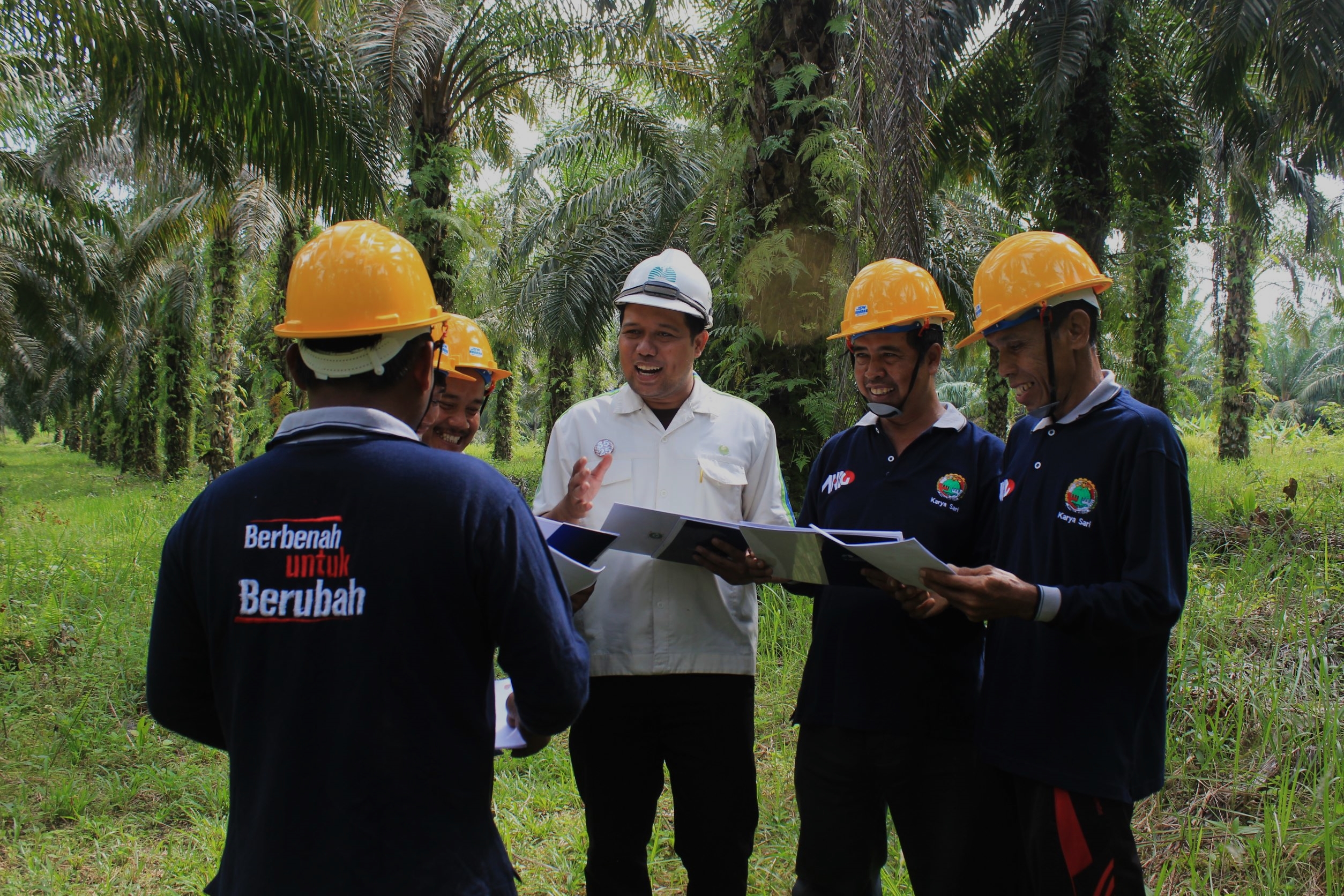 In the wake of the Covid-19 pandemic, many people have been affected by the economic slowdown. An independent smallholder association in Kalimantan of Indonesia has responded to this challenging situation to aid impacted people in the neighbourhood.

The group, called Asosiasi Petani Kelapa Sawit Mandiri Association (APKSM) is located in the Kadipi Atas Village, Pangkalan Lada Sub-district, Kotawaringin Barat District, Central Kalimantan Province of Indonesia. It has shown it has a social purpose and set of values to take care of society during a difficult time.

The group Manager of the Association said that APKSM had distributed staple food packages to residents in the Sungai Rangit Jaya Village and Kadipi Atas Village. “The coronavirus crisis has affected the livelihoods of many people; some even have lost their jobs. It is the time to give out aid to those hit by the economic downturn.”

The supports, extended to 70 families last year, were generated from some RSPO Credit Sales after the group received the RSPO Certification, he continued.

He mentioned that the credit buyers in the first year included Unilever, and in the second year were Estee Lauder and ATP. “It might be little, but we hope we can contribute something to those in need. We want other people can also enjoy the results from the credit sales of sustainable palm oil, not only members of the Association.”

APKSM was established in 2019, with assistance from PT Sawit Sumbermas Sarana Tbk, with total members of 265 farmers and coverage areas of over 700 hectares. It was awarded the RSPO Certificate in the same year.

“This year, there are 400 members from six villages with about 1,000 hectares. Membership grew significantly as more farmers wanted to join after they saw the benefits of the prior members,” he said, adding that the Group had also distributed fertilizers to the members in its first year after receiving RSPO Certification.

He unveiled that certification was like a bonus because farmers have enjoyed the improved yields after applying Best Management Practices that they learned from training such as upkeep, fertilizer, harvesting and integrated pest management.

The RSPO certification also brings other good things, he noted. “Many things related with government documents such as STDB (cultivation registration letter) and SPPL (statement of ability to manage the environment of the plantation) are now served easier at the CentralKalimantan Administration. We are now in the process to get a permit for chemical waste storage.”

He disclosed with the current favourable condition, APKSM still has a target to strengthen its structural organization, develop the capacity of its Internal Control System and set up a system to compensate the personnel of the Internal Control System personnel. “As you know, the more members you have, the more demanding work your ICS have. First, we need to improve their capacity. Then, we also need to compensate their time too to ensure they can perform well,” he concluded.

Number of smallholders benefitting from this project
327

Independent smallholders in Kadipi Atas Village in Central Kalimantan of Indonesia play a role in the sustainable production of palm oil by applying best practices as they are on the front lines to protect the ecosystem and local communities.

You can participate to get the oil palm growers to stay on the path of sustainability by purchasing the RSPO Smallholder Credit. 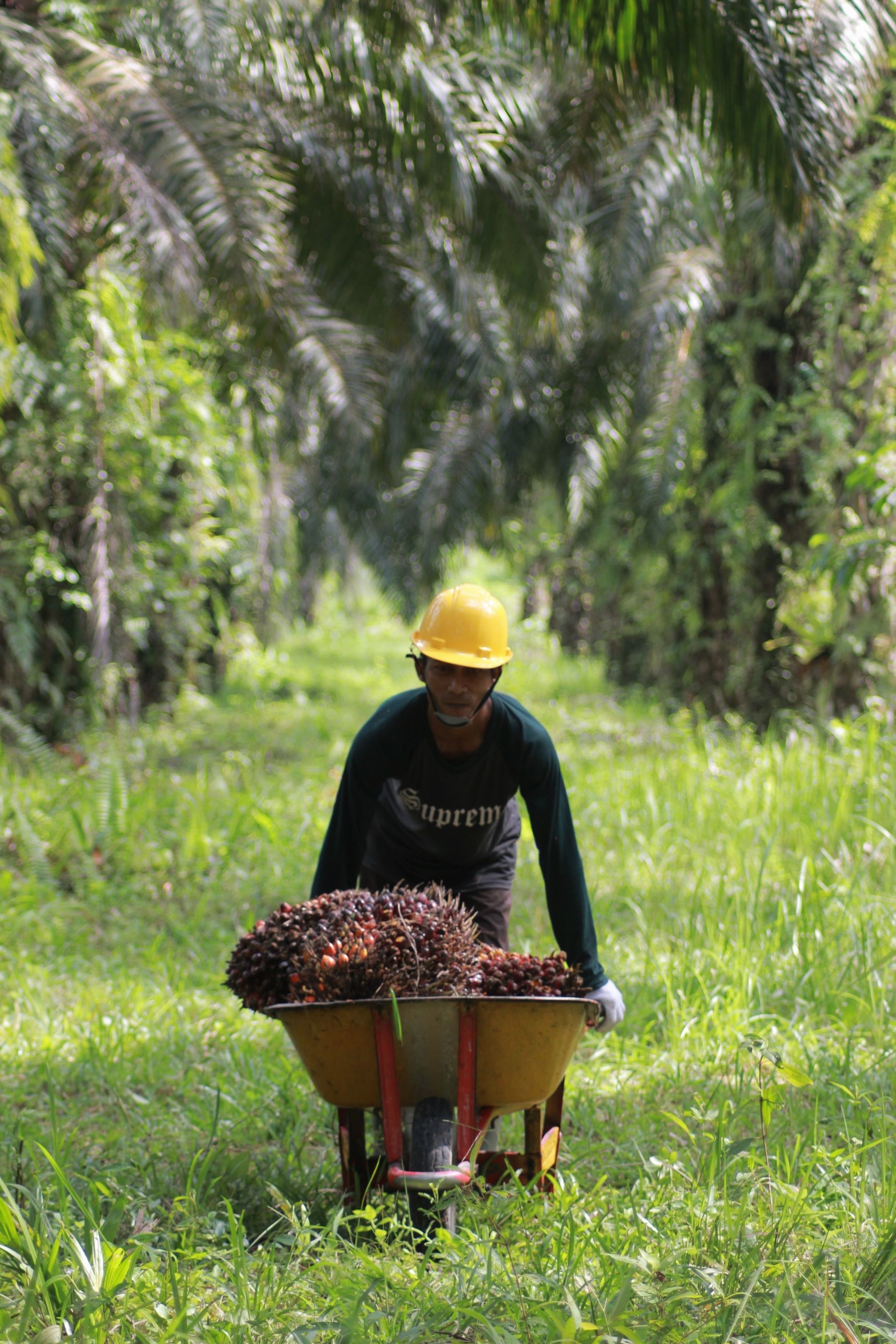