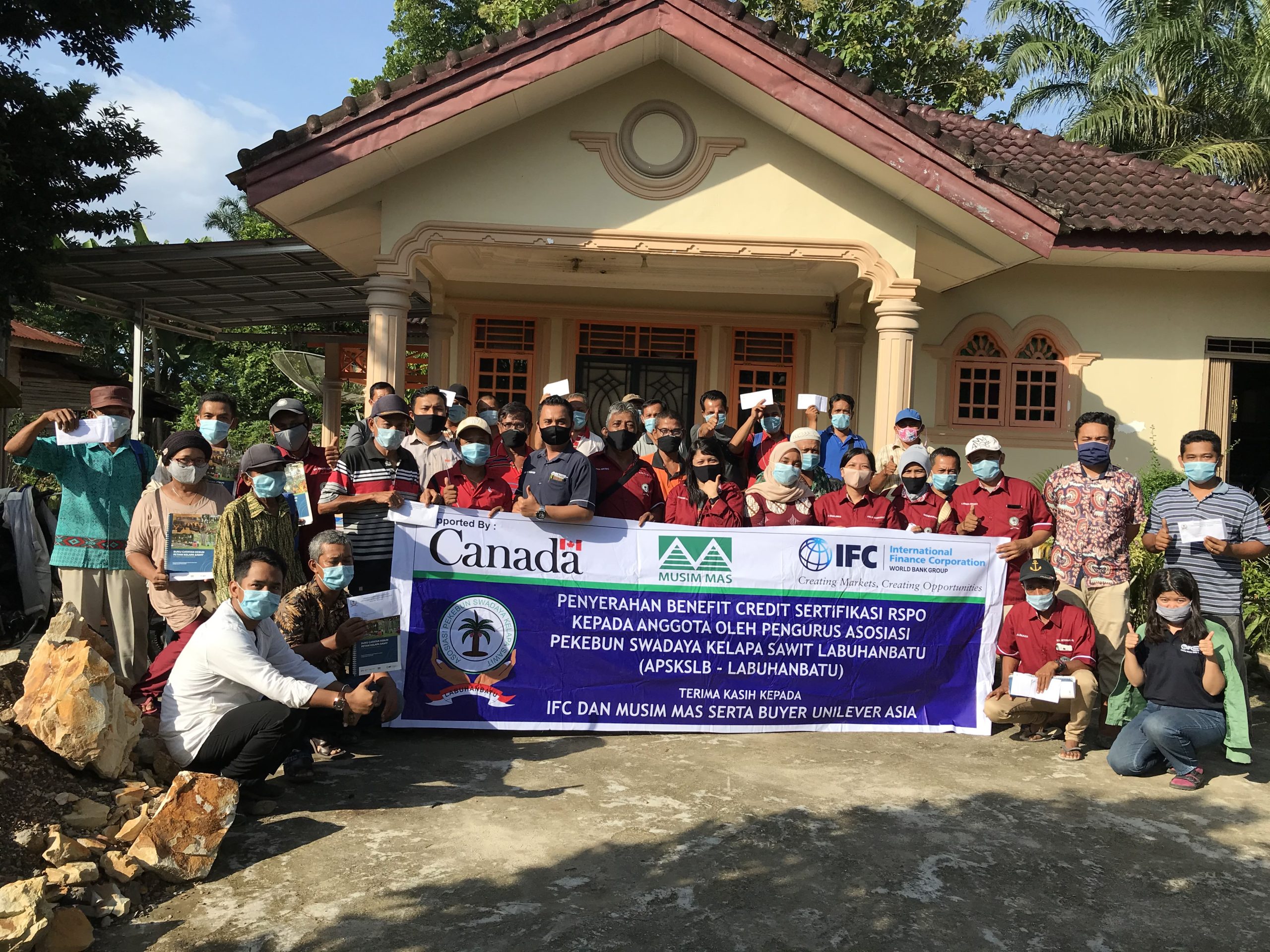 Farmer group association named Asosiasi Pekebun Swadaya Kelapa Sawit (APSKS) Labuhanbatu doubled its membership and hectarage since it was awarded RSPO certification in 2019 because the other farmers in the neighborhood have seen the benefits of the Association’s sustainable practices.

“We started with almost 400 farmers with about 700 hectares, then the second year it doubled to almost 800 farmers with over 1,500 hectares,” explained Syahrianto, the recently appointed group manager of the Association. “Most farmers who joined the Association after being RSPO certified are farmers who have been receiving training on best management practices from the IFC-Musim Mas project that started in Labuhanbatu in 2015.” However, Syahrianto explained, a bigger organization with a bigger hectares also poses some logistic challenges, which prompted the Association to freeze new recruitment for the second surveillance audit this year.

The journey to certification for farmers in Labuhanbatu has been a long one. As independent smallholders, they have never been in any functioning oil palm farmer groups, which rarely exist in the area. Farmers were encouraged to group themselves when the IFC-Musim Mas project started in 2015 so that the IFC-Musim Mas field assistants can teach farmers best management practices to improve their FFB quality and farm productivity. “We were required to form a group to join the training sessions. The project team (field assistants), who were stationed in the location, assisted farmers in forming groups,” recalled Sri Rahayu, the treasurer of the Association.

She continued to explain that the project focuses on training four important topics: fertilizing, harvesting, integrated pest management, and upkeep or maintenance. Both theory and practical classes are delivered by field assistants. “Apart from these four topics, we were also taught how to run a farmer group association, to record every activity such as labor cost and our total harvest in a logbook provided by the project.” Before this project, most farmers never owned a logbook to record all their expenses and sales, let alone keep the receipts from their FFB sales.

Sri Rahayu and Syahrianto recalled that most farmers never heard anything about sustainable practices, let alone sustainability standards such as RSPO, before the project started. This is despite the fact they are living next to the place where the Dutch started the first oil palm plantation in Indonesia over a century ago.

The Association received the proceeds from their RSPO credits for two years in a row now and distributed it to all members. “We paid the annual fee for the state-run health insurance of all our members. Then we allocated cash benefits to all members based on the size of their plots. Most farmers used the cash to buy fertilizer for their farm, as they have realized the importance of applying the right fertilizer at the right time,” explained Rahayu, the treasurer.  She explained that farmers who joined the project have been receiving fertilizer recommendations based on the leaf and sample analysis conducted annually by the project.

In its effort to retain the RSPO certification for the third year, the Association is still facing some challenges in getting all necessary documents such as Cultivation Registration Letter (Surat Tanda Daftar Budidaya/ STDB) and Statement Letter of Ability in Environmental Management (Surat Pernyataan Kesanggupan Pengelolaan dan Pemantauan Lingkungan Hidup/SPPL) that are issued by a local government agency.

“These are things that are beyond our control because it concerns the government authority. We do hope that RSPO or the oil palm industry in Indonesia can help farmers to communicate this problem to the government of Indonesia,” said Syahrianto. He added that these two letters are also required by the Indonesian Sustainable Palm Oil (ISPO) standards, which the Association is planning to undergo in the future, in compliance with Indonesian regulations.

According to Syahrianto, besides external challenges, there are other challenges internally. “Our ICS (Internal Control System) is relatively new, and we are still in the learning process. Our capacity is not robust enough yet to run the Association smoothly. In the last two audits, we were assisted by a big group of field assistants from the IFC-Musim Mas project team. The Project ended last December 2020 and started from early 2021, we were assisted by a much smaller team from Musim Mas. For that, we are very grateful.” This is also another reason why the Association decided to freeze the recruitment of new smallholders to allow the ICS to consolidate and focus on the third audit this year.

Syahrianto and Sri Rahayu are very optimistic the Association will meet all the criteria in the second surveillance audit this year despite all internal and external challenges, including challenges posed by the coronavirus pandemic.

Number of smallholders benefitting from this project
735

The group members are in their first year of being RSPO Certified. The internal control system is still in the learning phase, and they require assistance from the third parties to strengthen their capacity to retain their Independent Smallholder RSPO certification.

Support and recognition of this effort by the downstream players such as Consumer Good Manufacturers or retailers can go a long way to encourage these smallholders to continue being certified. For example, they can support the inclusion of independent smallholders in the sustainable supply chain by purchasing the RSPO Smallholders Credits. Eventually, there will be more attention and incentives to promote labor rights, safety, and protection of the environment. 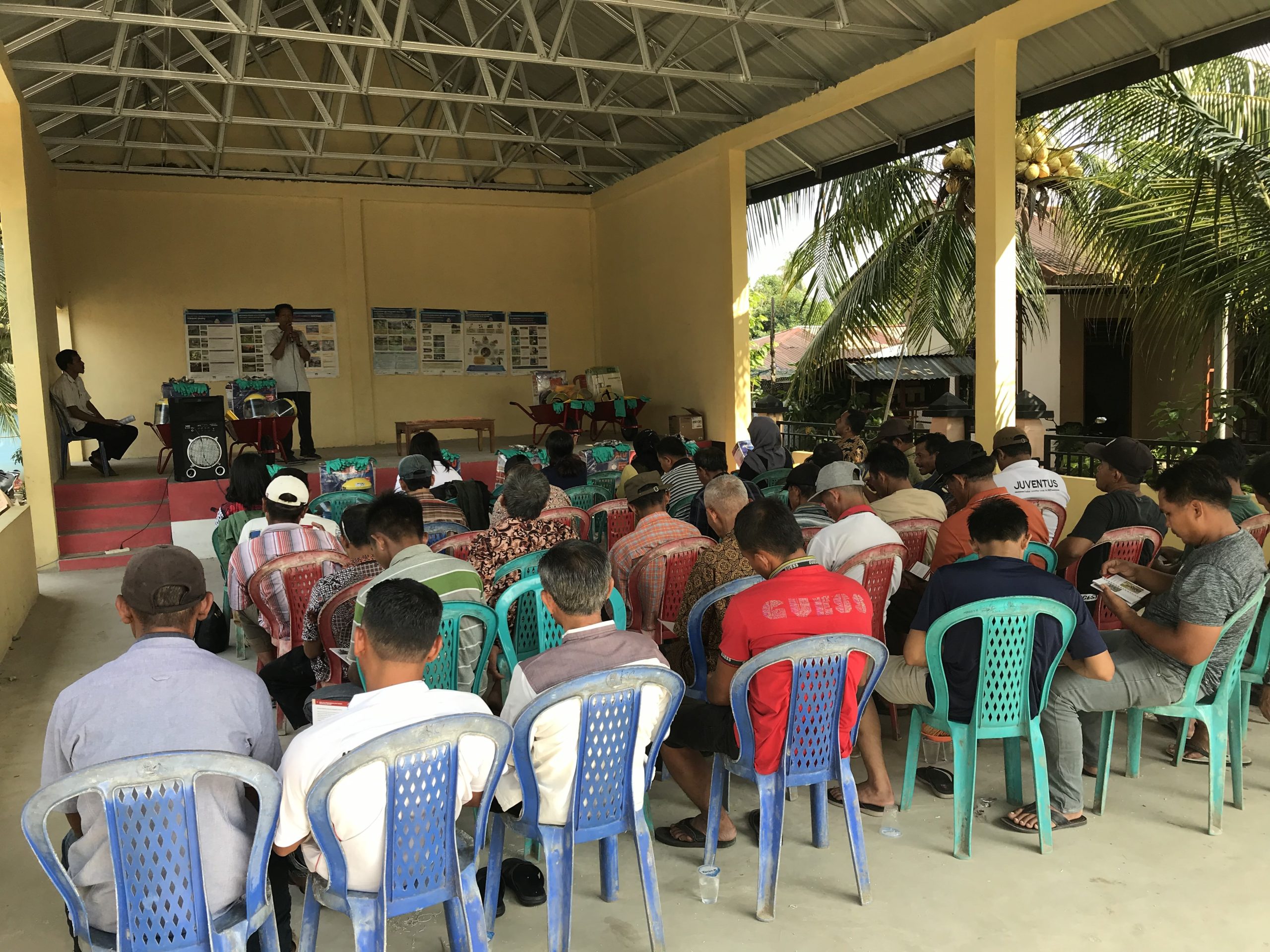 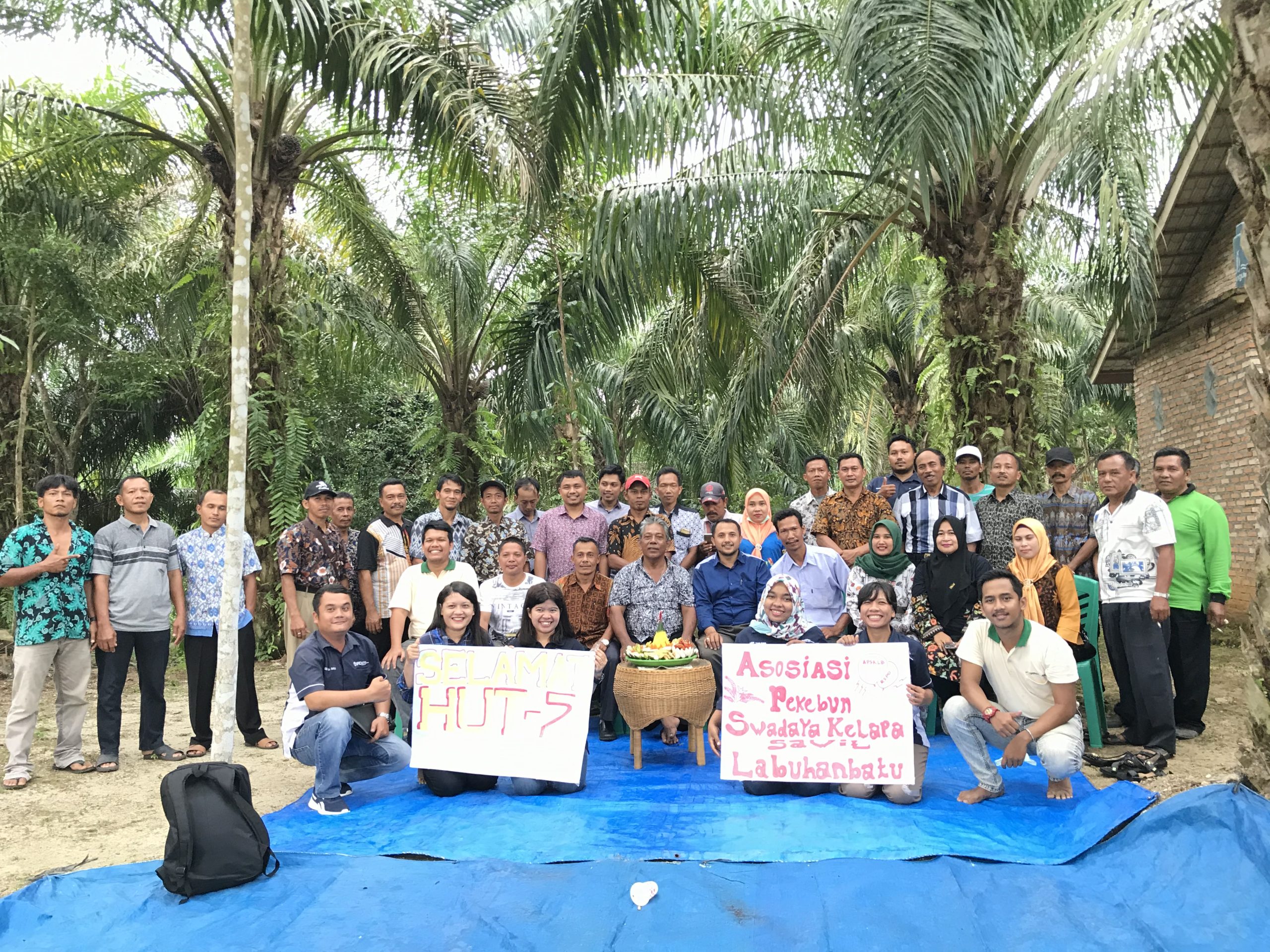