Bangkok, 3 November 2019: The RSPO has always been committed to continuous improvement and self-reflection on what’s working and what’s not. We also realise that by being transparent, the organisation is an easy target for groups that are not actively trying to solve the problem, and instead, are trying to bring down those that are. Characterising an issue or a person in a negative way is a useful way to gain attention and to get a point across. We respect and understand this. RSPO, however, is an organisation that must remain transparent and present only the facts.

Since the first “Watch the Watchmen” report came out, the Roundtable on Sustainable Palm Oil (RSPO) has evolved to incorporate much of what was suggested in the report. And while there are some failings as highlighted in the second report that the RSPO is continuously seeking to improve upon, there are also some glaring inaccuracies in this report. For example:

We have only just seen the report, on the eve of our annual conference that is largely focused on gathering stakeholders to continue improving the RSPO. Therefore, It may take a while for us to digest all of this report. In the meantime, our stakeholders can take comfort knowing that RSPO continues to be informed by scores of credible research organisations who conduct independent research on the impacts of RSPO. The RSPO continues to receive input and support from a wide range of  experts from leading civil society organisations and were recently featured as a solution for saving rainforests in Sir David Attenborough’s Seven Worlds, One Planet series on BBC.

PRESS RELEASE: RSPO’S RESPONSE TO THE POLITICAL AGREEMENT ON THE DEFORESTATION REGULATION 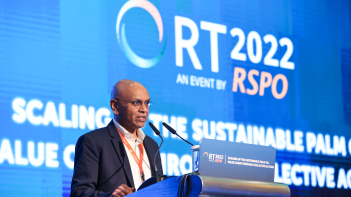 PRESS RELEASE: RSPO Certification grows from three countries in 2008 to 21 in 2021