Resolution GA18-2d, which calls for a review and amendment of the Remediation and Compensation Procedure (RaCP) process as applied to scheme smallholders” was formally adopted at the 18th RSPO General Assembly (GA), which was held virtually on 2 December 2021.

Following the adoption of the Resolution, the Biodiversity and High Conservation Values Working Group (BHCVWG) will be initiating a rapid study to define the conditions and a clear mechanism to implement the reprieve for the various affected parties, i.e., new and existing members, smallholders, the RSPO Secretariat and Certification Bodies.

The details of the implementation of the reprieve will be announced between April to June 2022. 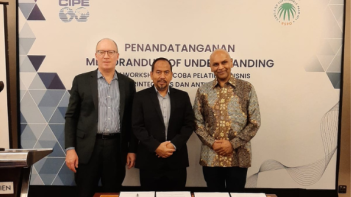